Python for Data Science and its importance 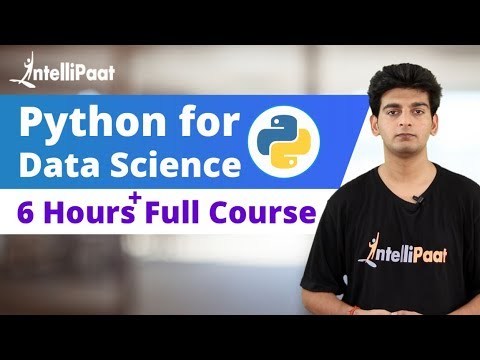 If someone is trying to get into programming then I think that python is one among the best and the easiest languages to learn. This is why because python has a lot of real-world practical applications apart from the regular programming skills. By learning Python, one can easily get into the world of artificial intelligence because AI is going to the next big thing in this industrial revolution. Python for data science training is the need of the hour now.
One has to start with the basics of python language like creating the hello world program, data type declaration and python installation. Then one will learn about the python lists and strings list is a data structure in Python that is a mutable, or changeable, ordered sequence of elements. Each element or value that is inside of a list is called an item. Just as strings are defined as characters between quotes. Then one has to learn about some of the libraries that are used in data science like NumPy library, Pandas library, Matplotlib, Scipy and many other libraries. Then enhance more your python coding skills by practicing more of it. Many Deep learning frameworks in Data Science are implemented by using python. Along with this, in the field of machine learning it is used for building fraud detection algorithms and network security algorithms for developers. Due to this immense application of python in data science, deep learning and machine learning, the requirement of the professionals with python skills have increased drastically over the past few years. This further creates the necessity of python for data science training.

Functions in python are basically a set of related statements that are grouped together to perform a particular set of task. For defining a function in python we are using a keyword called def. The main implementation in function is by defining it or by calling it by means of another function. In python the documentation of the string is defined by an abbreviation called docstring. Variables in a function is defined only inside a function and it exists till only when the function is executed.

Lambda function in Python and its application

Loops and Statements in Python

python loop in for