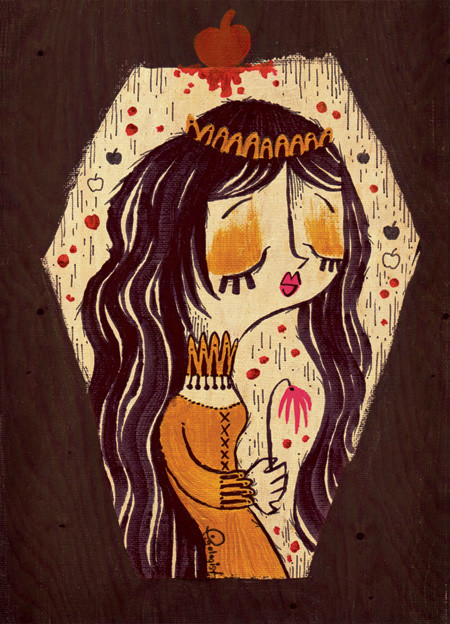 Snow White 白雪公主Snow White / 白雪公主 / SchneewittchenIn their first edition, the Brothers Grimm published the version they had first collected, in which the villain of the piece is Snow White's jealous mother. In a version sent to another folklorist prior to the first edition, additionally, she does not order a servant to take her to the woods, but takes her there herself to gather flowers and abandons her; in the first edition, this task was transferred to a servant. It is believed that the change to a stepmother in later editions was to tone down the story for children.Limited edition: 50 prints only8.5"x11" Giclee printBuy from pigologist.comFREE SHIPPING