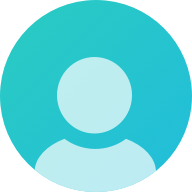 Why not create your own Wantedly profile?

Showcase yourself and your experiences to bring your professional story to life.

I finished the master’s program in Discourse Studies. For my master thesis, I conducted research on the identity creation of post-immigrant generations in the Spanish online journal EL PAÍS, focusing on inclusive language use. It was done based on corpus linguistics as well as Critical Discourse Analysis so that it would be investigated in both quantitative and qualitative manner. My specialization is communication and thus I took courses on communication and persuasion, cybe

I studied Spanish philology, including language, literature, history, and geopolitics of Spanish speaking countries and regions.

Exchange Program. My specialization was Spanish-Japanese translation and I also volunteered as a teaching assistant for Japanese language courses.